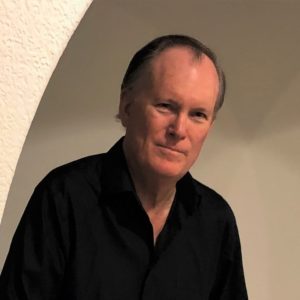 Torfoot Films and CINESTATE are led by an award-winning team of producers, content creators, composers, writers and technicians, and are international leaders in creating, developing, funding, producing, distributing and managing media and entertainment properties. With more than 30 years of experience and hundreds of hours of film and television productions, Torfoot Films and CINESTATE continue to create, acquire and manage a diverse portfolio of high value entertainment properties. Together with our producing partners, WG Film Studios brings valuable experience to their consultancy practice, helping others structure both their creative and business propositions.

During three-decades as an executive or consultant with leading global companies such as AT&T, American Airlines, Carnival Corporation and HP, Wilbins was responsible for several major motion picture partnerships, including UP IN THE AIR with George Clooney and THE BOURNE LEGACY with Jeremy Renner, as well as network TV programs, such as Q’VIVA with Jennifer Lopez and Marc Anthony. He also led more than two dozen award-winning integrated advertising campaigns, with multi-million-dollar TV commercials. Among his awards, he received the highly respected international Cannes Lion (Bronze) for Teambuilding, and the top national multicultural award for BlackAtlas.com.

An accomplished, change-driven Fortune 100 executive with a consistent record of break-through achievements, Wilbins has managed large high-performance global teams in more than 40 countries with $1B+ total budget, negotiated multi-million dollar entertainment sponsorship deals, and forged dozens of critical business partnerships. He is responsible for the business and investor side of Torfoot Films.